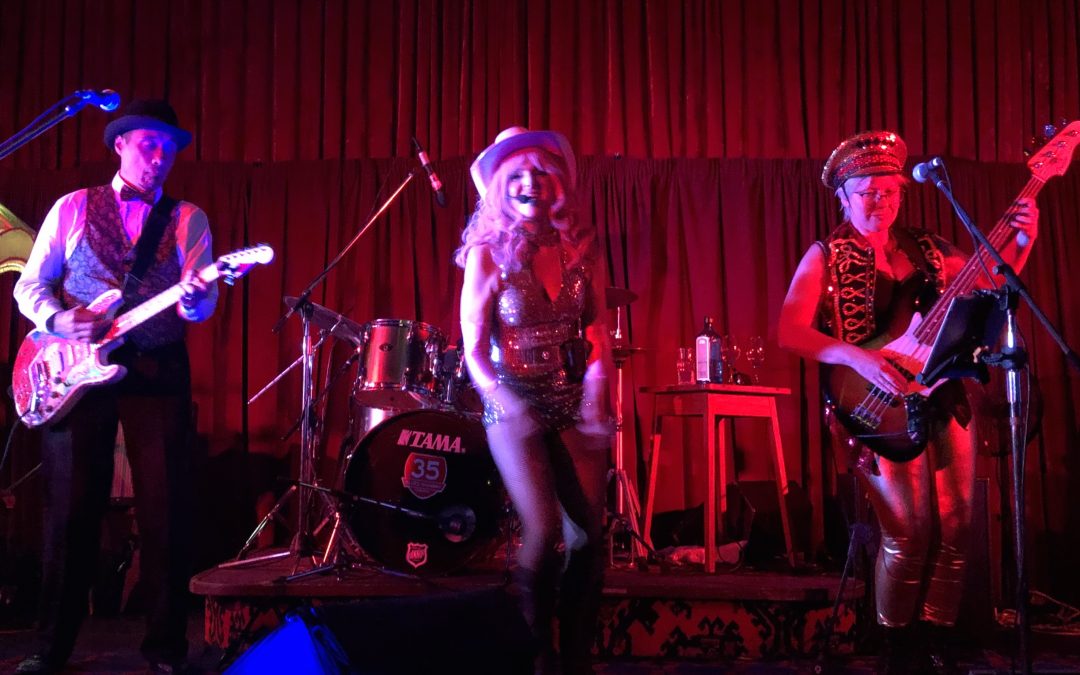 To say that March of 2020 was a huge month in terms of global events would be a gross understatement. The novel coronavirus, aka COVID-19, truly hit the world stage – the world stage of a concert I imagine very few people would want to attend, unless you believe the conspiracy theorists! Government-mandated lock-downs came to be enacted, completely changing the lives and livelihoods of everyday people on a global scale. The worldwide loss of life from this virus is truly tragic.

March 2020 was also the month of my much-anticipated New Zealand tour with guitarist/singer-songwriter Isaiah B Brunt and drummer/singer Itty Kitty, with whom I had just started a new project. We had begun working on this project in December 2019, with the New Zealand tour through March scheduled to be the first of potentially many future international tours together. Not only had all three of us put the work in, so to speak, but we had willingly taken on the risk of a financial hit if things ‘tanked’, and had significantly altered our individual plans for the first half of 2020.

As expected, I had to chart-up and learn many of Isaiah’s original songs in addition to the collaborative input we all gave to arrange his newer material written for Itty Kitty’s lead vocals. Like true music professionals, we did it: we ‘knuckled down’ accordingly. To help this process, we played a couple of gigs locally in January and February to polish the material and get the act as tight and snappy as possible before our first NZ gig.

I turned down local gigs and interstate festivals, put off teaching work, organized substitute teachers to take over my primary school band work through March, and also deferred the first semester of my Masters in Secondary Teaching. For the band and also for myself, I had also put time and money into creating my new stage persona – the Golden Bass Mama – and sourced several golden, glittering, tight, latex, part-Steam Punk, part-BDSM style outfits from across Sydney.

Through January, February and even the first few days of March, the threat of COVID-19 and the chance of it impacting our tour in New Zealand – one of the smallest, safest and most isolated of all countries – seemed very low. Contrary to the now outraged and scornful cries of the social media “mob”, travelers were not warned to cancel their overseas travel in late February/early March. Regardless, although I felt some trepidation in the days leading up to our departure, the stage was already set. I had made my decision and would stick to my guns, honoring my commitment to my musical colleagues and to myself. I wanted this adventure!

The first half of the tour was so much fun it was almost surreal, but not without a great deal of hard work. There was the sheer drudgery of loading into new accommodation almost every night, unpacking then repacking suitcases, packing and unpacking the car with two large amps, my beautiful, brand new American Fender Jazz bass, Isaiah’s guitar, Itty Kitty’s suit-case drum kit, our luggage, groceries, etcetera. There were also hours of driving each day through windy, mountainous terrain to get to the next town, stopping every now and then for food. We quickly tired of roadside food options and Itty Kitty especially struggled to find decent options to suit her celiac and vegan diet. Between the shows, we also spent whole days running through our sets, reworking song-structures and vocal harmonies, programming prerecorded music, rehearsing entrances, stage-patter, and even dance moves. By the time we played our third gig of the tour at the Island View Jazz and Blues Festival on Waiotahe beach near Opotiki, our fringe-festival style extravaganza had truly begun to take shape.

More and more, I loved performing this show. Another positive was that we had begun to figure out each other’s personalities and developed our own goofy in-jokes – as happens when you are touring with musicians for the first time. The downtime we spent together swimming on beautiful beaches, being catered for by generous venue-owners and friends, meeting and hanging out with Kiwi musicians and locals, being invited to an avocado farm and learning to operate the crane – these times were magical and so affirming to my soul. I did as much sight seeing and as much op shopping as possible.

The relaxed and open, friendly, Kiwi vibe of the towns began to change during the second half of the tour, due to the growing fears around COVID-19. By this time, we were all receiving worried texts and emails from loved ones back home. The crowds attending our shows started to thin a little from around the time we played the Summer Sounds Festival in Palmerston North (which was billed as PN’s answer to Womad NZ), although our audiences were still incredibly appreciative and bought merchandise. Following our gig at the Whanganui Musicians Club, we seemed to develop an unspoken sense of solidarity and resilience. Despite the turn of events, we would continue gallivanting about the towns, posing for each other’s holiday snaps, raiding op shops and finding the coolest cafes.

Turangi, situated on a rural fringe of lake Taupo, was lovely for a few days of respite, and our B&B host Tony was certainly a card and also very generous. However, for several reasons a sense of the impending crisis had taken hold. Our experience in the picturesque seaside town Raglan was soured by the local’s fear of travelers – yet we played on. Our show at the Princes Gate Hotel in Rotarua to a near full house was a lovely way to bring the vibe of the tour back up. However, upon arriving back in Aukland, we realized that it was simply not feasible for us to perform our final show there. We returned our amps, stopped in to the airport to change our flights and flew back to Sydney in the wee hours of the next morning.

Our tour around the North Island was helped by several generous Kiwis including Greer Wilcox in Aukland, who lent us amps for the duration of the tour, Isaiah’s friend Anna, who shouted us dinner in Takepuna, the generous owner of Island View Caravan Park who put us up in a cabin for a few days, Perry who played blues harp for us in Opotiki and Rotarua, Cindy Muggeridge and Anje Glindemann of Raven Mavens who sat in with us in Opotiki, the very kind double bassist who lent me his double bass to jam on in Opotiki, Grant the avocado farmer who drove us around his farm and cooked us a barbeque, Isaiah’s friend in Gisborne who put us up for 2 nights in his home, the owner of the Vic Theatre and Cinema in Davenport who gave us ice-creams, and all of the venue owners who kept us fed and watered. Finally, I would like to thank Isaiah B Brunt and Itty Kitty for their sheer talent and being a pleasure to work and tour with.

Unfortunately, it is thanks to this global pandemic that my teenage dream to tour the world as an outrageous, larger-than-life, David Bowie-type performer has been put on hold, alongside ALL of my gigging work in Australia, up to the end of the year. Do I regret my decision to go ahead with the tour? Not for one moment! In hindsight, all of the work that I gave up to take on this opportunity would have gone the way of the dodo (or in this case, the moa), regardless. I still retain hopes of one day, in my own small way (perhaps even in my own lunchtime), going viral. Take that, Coronavirus!