Once Upon The Hear And Now 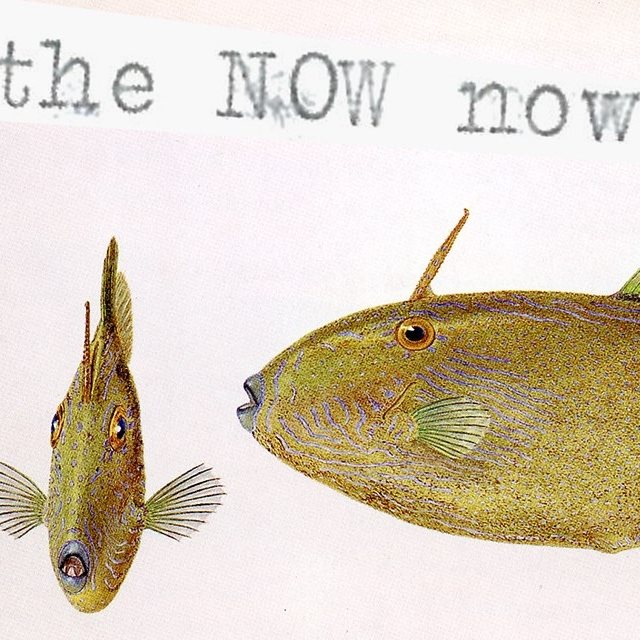 I arrived at Marrickville’s Red Rattler Theatre in time to catch the final four performances of the fourth night of the five night long, annual experimental music festival The Now Now Festival. A trio made up of Anthea Caddy (cello), Victoria Hunt (movement) and Clayton Thomas (double bass) was scheduled to begin playing in only a few minutes time. The two instrumentalists, whose names appeared in several other lineups throughout the festival program, soon set up side by side on the sparse, black stage with only a small desk lamp on the ground between them to provide light. Having ordered a drink from the bar, I sat eagerly upon one of the Red Rattler’s plush red velvet arm chairs with my notepad in hand, feeling entirely at home among the diverse crowd of experimental musicians and music lovers. It was announced by the dry-humoured festival emcee that one third of this trio, the “movement” performer, was unwell and not able to perform; thus the trio was now a duo. The show would go on, taking a new shape.

The sonic journey began with barely audible, ever-so-light and slow bow-strokes across wildly detuned double bass and cello strings. Before long, Thomas’s fat, sustained double bass tones rattled and chortled together with the lighter strains of the cello, together producing an almost inharmonic, yet ever-so-warm palate of earthiness above which the harmonic tones would intermittently sound, flashing like the light beams of a light tower sweeping across a flat body of ocean. An ocean that though mostly flat, seemed to menace and threaten the shoreline with its imminent power as the tension of the performance grew. Through moving her bow closer to the bridge and briskly crossing all four strings of the cello repeatedly, Caddy produced flurries of wispy harmonics, like small gusts of wind swirling leaves across a foreboding landscape at dusk. As the minutes passed (like sand through an hour glass, as the emcee later dryly noted), Thomas and Caddy’s bow strokes subtly became faster and heavier, until forming an urgent swell of sound. My mind had begun to wander by this stage due to the dizzying effects of the incessant thick, low-end sound layers beating upon one another and the lack of visual stimulation offered on stage. I imagine that the absent Victoria Hunt would have provided an integral element to this performance, equally as important as the two musicians on stage. After reaching a climactic point, the intensity of the cello and double bass bowing was decreased until the sound subsided to silence, followed by the audience’s applause. Kudos to the two musicians involved here because there was a lot that I did like, despite the incomplete nature of the performance.

Next on the bill was Klaus Philip, who was seated at a desk before the stage with laptop, several empty wine glasses and a desktop synthesiser module at the ready. The way the emcee pronounced his German name in introducing him sounded a bit like “Glass Philip” and I wondered if there was some kind of play with words and concepts going on here. It was apparent that Philip would be working with glass as part of his performance and I couldn’t help but wonder if his music would be from the Minimalist School of Philip Glass! As the performance began however, I realised that was not to be the case. A single sine-wave tone sounded simultaneously with the appearance of a green laser beam projected onto a white screen at the back of the stage. As the light rose higher, so too did the pitch of the sine-wave. A second laser light and second tone (new tone, new colour, new tone-colour!) was added, then a third, and so on and so forth. It appeared that as Philip rearranged the wine glasses in front of the lasers on his desk, he was manipulating the pitch and timbre of each tone in real time. Looking back at the mechanics of the performance with hindsight, I would estimate that the audio elements of the performance were created through the manipulation of information within synthesiser modules (perhaps using the synthesiser-building program Max-MSP or similar), as controlled by sensors detecting the laser lights. An almost psy-fi atmosphere was created as the lights/tones danced about; alternately merging and differentiating and variously creating atonal and diatonic melodic fragments. The performance climaxed as Philip abruptly moved all glasses at once and paused the tones. The laser beams were left stretched across the projector-screen reminiscent of the first spread of vegemite across a well-buttered piece of toast.

Although I had appreciated the somewhat foreign sonic spaces produced by Caddy and Thomas and then by Philip, the Axis Trio were definitely more my cup-of-tea, musically speaking. Featuring Shane Fahey on synth, Pete Jones on guitar and Aemon Webb on drums, not only was I in more familiar sonic terrain with the instrumentation, but I found the group’s improvised musical ideas to be genuinely exciting. Through Jones’ predominantly diatonic, wafting statements on distorted electric guitar supported by Fahey’s slow-moving fuzz of synth-bass and the pulse and loose rhythmic patterns provided by Webb on drums, I was initially taken to the headspace of Miles Davis’ 1969 album Bitches Brew. Whilst the trio worked as a unit to provide support for each instrument to solo over and also built towards group improvisations, reminiscent of The Necks, their slow shifts in tonal centre embalmed in fuzz took me to the sonic territory of early Sonic Youth albums. A visual analogy of Jones’ upper neck soloing, as aided by his well-endowed arsenal of guitar pedals, would be any number of Jackson Pollock’s “drip period” paintings – imagery that also came to mind when Fahey moved beyond the pad-bass role and began tapping and bashing his synthesiser unit to produce a Theremin-like melodic improvisation. I really did enjoy the sonic territory of this performance! As the tempo finally slowed and the thick distorted guitar wails and fuzz-bass faded to silence, I was left with the impression of The Necks-meets-Sonic Youth-meets-Hendrix-meets-Moog synthesiser. That is my final made-up, superlative-laden, hyphonated-description of this group!

I have long been a fan of the final group of the evening, Splinter Orchestra, a group who use traditional instrumentation (brass, strings, percussion, etc), in often unconventional ways in a group free-improvisation; to my mind embodying the notion of “music of the moment”. With a frequently changing orchestral composition and personnel, the group tonight was made up of sixteen instrumentalists arranged in a horse-shoe shape across the stage and among the audience for the performance of Burkhard Beins’ graphically scored group-interaction piece Adapt/Oppose. As I later discovered when typing the title the piece into my internet search engine, this “score” is a modular sign system that guides ensembles through group free improvisation. Taking cues from each other, the musicians involved form group cells within the orchestra to collaboratively improvise on a microcosmic scale, all within the trajectory of the overall group improvisation. Tonight, it all began with the airy, non-pitched blowing of saxophone, soon joined by light harmonics from cello, then violin. As the saxophone slowly dropped out, the group’s energy shifted as flute and then bowed electric guitar began. The flutter-tongueing of the flautist sounded almost reptilian whilst supported by the vertical bow-bouncing of cello and from within this low-volume, inharmonic noise emerged Eastern European-flavoured melodies from the violin. Progressively, the focus of the improvisation shifted around the ensemble in an anti-clockwise direction, culminating in the swelling of horns (sounding quite like foghorns!), a drum-roll played with rim-shots on the snare and further percussion coming from chopsticks being tapped under the bridge of the electric guitar. Finally, the energy of the group subsided and the piece was over, but not without me noticing Rendra Freestone (a familiar face in the percussion and folk scenes in Sydney/Central Coast), sitting in the centre of the stage but not playing throughout. He may have been ever-so-subtly directing the group improvisation or just feeling the moment!

Following the final applause and the closing words of the night from the emcee, I headed into the night feeling exhilarated and musically inspired. I am more than mildly enamoured by the organisers of the Now Now Festival and the musicians who participated in it for contributing to Sydney’s diverse music scene and for providing an outlet for contemporary art music. As both a musician and a punter I am also thankful for the existence of the venues that hosted this festival – The Red Rattler, 55 Sydenham Rd, SNO Contemporary Art Projects and 107 Projects.